Delivery 5-7 business days
Description
This fly reel was designed and created to tackle the most variety of saltwater species. The Seigler Reels MF (Medium Fly) Lever Drag Fly Reels were designed for their ease of use. Use a preset dial and a drag lever that allows the angler to predetermine maximum drag and have infinite control over drag pressure. This reduces the need to switch hands to adjust your drag, just preset and go.
Specs

This is a high quality reel that is American made and engineered in Virginia. It has an exclusive lever drag that helps you to precisely apply the exact amount pressure during the fight. Truly a game changer!

I have been fishing with my reel for a little under a month and I am impressed. As far as reliability, it was up there with charlton and mako, and as far as power it was in a class of own. Handled everything from stripers to an 8foot rough tail ray with ease for me. Drag was smooth and strong. I was hesitant regarding it being unsealed but I have yet to have a problem. Even underwater, the drag didnt really struggle at all and never was there an issue with sandintrusion. I prefer a reel that flushes itself then having a reel sit with a drag cover filled with saltwater.

When it comes to palming I just dont ever understand the need. The drag is enough to handle and fish you might come across with a fly and certainly enough to put the brakes on most you would target with that size reel. Palming is just asking to break off in my opinion.

My only concern with the reel is the handle will get a little cold in the winter months, but will just probably wear gloves.

Truthfully, it is one of the finest reels I've ever used. Friends have used them on GT, tarpon, tuna and everything else imaginable and most have shared a similar feeling.

Let customers speak for us

Love fishing with the Opti NXT , making double handed casting techniques effortless ,and works brilliantly for a wide range of situations your likely to encounter .

Went saltwater fishing with a Loop 7X 14' #9. Actually did this while on a trip to Finland and caught some great sea trout.

Just received my Loop Kit! Thanks guys appreciate the recommendations and quick service. 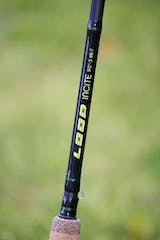 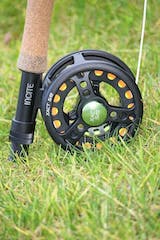 This was what I needed for my Rising Net.

Exactly what I wanted and delivered quickly.